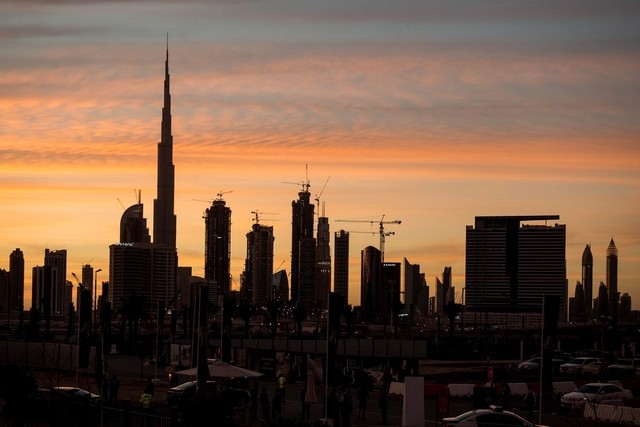 Dubai property prices are close to bottoming out after almost two years of declines, says a top broker.

JLL reported a 10 per cent year-on-year decline in house prices in the first quarter of 2016, which it blamed on the strong dollar (to which the dirham is pegged) and lower oil prices, which has weakened the purchasing power of buyers from across the region.

But it said there were signs that price declines were slowing, and that it expects values to increase later this year.

“We’re not at the bottom yet, but it will bottom out over the next six months and then recover later in the year,” said Craig Plumb, the head of research at JLL Mena.

“We’re getting quite close.”

Rents fell by 5 per cent year-on-year as more new stock came on to the market.

Some 2,200 homes were handed over in the first quarter and a further 27,000 units are scheduled for completion over the next nine months.

However, Mr Plumb said that this number was based on developers’ estimates, and that he expected many of them to continue delaying the completion of schemes until the market picks up.

“Last year, we were looking last year at a materialisation rate of 30 per cent [the number of homes actually delivered compared with developer forecasts]. “We’d assume that would be the case again this year.

“There is supply, but not an oversupply.”

He added that there were also signs of more activity in the market.

“The volume of sales is starting to go up, which is always a good indicator of future activity.”

DLD figures for the first three months of 2016 show transactions worth Dh55bn were completed, which is a 14 per cent drop on the Dh64bn registered in the same period last year.

However, the volume of transactions completed was 14 per cent higher at 12,568 as more affordable homes have come on to the market.

Haider Tuaima, a research manager at the Dubai-based consultancy ValuStrat, also said there are early signs of a market recovery. The firm’s ValuStrat Property Index (VPI), a monthly basket of valuations of 16 apartment and 10 villa locations – has increased by 0.1 per cent for the past two months and now stands at 98 points.

This is against a 100-point baseline taken when the VPI commenced in January 2014.

“It’s been a stable market for the last six to nine months,” said Mr Tuaima. “It was just a matter of time before we started to see a change.”

He said that valuations rose in a number of locations last month, with Motor City up by 1.5 per cent and the Greens and IMPZ both 0.7 per cent higher.

“It’s not exactly a recovery, but there are early signs. We can’t call it a recovery until we have enough data and time to call a trend.”

He said that the increases in the index’s value in February and March were the first positive movements for two years.

David Godchaux, the chief executive of Core UAE, an associate of Savills, said that a turnaround in Dubai house prices could take place later this year or early in 2017, but argued it is still too early to state that the market is bottoming out.

“I think it can be quite dangerous to say that.

“I know it’s the job of everyone to be optimistic, but we’re still seeing some distressed sales, and we think there is still some way to go … the momentum is still downwards.”

He said that the danger in calling the bottom of the market too early is that it raises sellers’ expectations, creating a gap between what they accept and what buyers are willing to pay.

This in turn can cause transactions to stall.